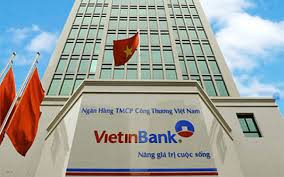 The Ho Chi Minh City People’s High Court rejected an appeal on Wednesday against a judgment that the central perpetrator of a 4.9 trillion dong ($215 million) theft – dubbed “Super Swindler” by local media – is responsible for returning some of the stolen money, rather than the individual’s employer at the time, state-controlled VietinBank CTG.HM.

The ruling comes as financial firms flock to Vietnam, hoping to capitalize on a period of privatization and capital-raising deals in the fast-growing emerging Southeast Asian economy.

The chief executive of one victim, depositor Saigonbank Berjaya Securities JSC (SBBS) – a unit of Malaysia’s Berjaya Corp Bhd (BGRO.KL) – said she had no hope of recouping her bank’s $10 million from the perpetrator, who was sentenced to life imprisonment.

“I am heartbroken and lost for words,” Josephine Yei told Reuters.

VietinBank, formally Vietnam Joint Stock Commercial Bank for Industry and Trade, did not respond to emailed requests for comment. A VietinBank lawyer told Reuters the bank had instructed its lawyers not to comment to media.

In many economies, banks can be liable for embezzlement of depositors’ funds if negligence of the bank is established. In Vietnam, interpretation of liability law becomes more open when the perpetrator goes beyond their responsibility, a lawyer said.

“Vietnam doesn’t have case laws for such cases so it depends completely on the mind of the jury,” said Nguyen Thanh Ha, chairman of Hanoi-based SBLAW, ahead of the ruling.

Court documents showed indebted Huynh Thi Huyen Nhu and 22 accomplices were convicted in 2014 for “misappropriation of funds” from 15 victims in 2010 and 2011.

Nhu used her title as a senior VietinBank manager to encourage customers to deposit funds which she and accomplices appropriated using fake official documents, according to the indictment.

The court on Wednesday said the victims signed contracts which promised interest rates higher than those permitted by the State Bank of Vietnam and were therefore illegal.

SBBS said it was unaware of any illegality, and argued that contracts with forged signatures should be considered void.

Both domestic and foreign investors have been watching the case closely to “see how the legal framework protecting depositors in Vietnam is being implemented”, SBBS lawyer Nguyen Thi Minh Huyen told Reuters after the ruling.

Earlier this month, credit-ratings firm Fitch upgraded its view of VietinBank to B+ from BB-.